The past week of athletic competition has seen the names of Bolt, Farah, Kiprop, Amos, Riseley and McEntee steal race wins overseas.

Diverting slightly from the usual event preview or review format, this piece presents all the athletic going’s on from the weekend in neat sections, allowing readers to pick and choose which portion they prefer to read, accompanied by a few tactical clarifications to add gravity to various performances. (Albeit a little late due to a few technical issues).

Back to business, a dreary July weekend in Melbourne was made slightly more bearable by races of note in Ireland and London.

The First port of call for this humble review takes the esteemed reader to the suburb of Santry, located to the north of Dublin, the population at last count was 3092 individuals, all of whom would fit into the London Olympic Stadium for this weekend’s Diamond League and leave 76,098 seats spare. The quiet Irish town hosted the impressively attended Morton Games, featuring 6 Australian competitors across the Men’s and Women’s Mile, 3000m and 800m.

The Men’s race was a classic case of the field not quite following the pacemaker, with the local pace man getting out like the proverbial backyard rocket, the field sat back to watch this one unfold. With Australian’s Jordan Williamsz and Luke Mathews both throwing a few elbows with 200m to go to position themselves properly. Williamsz held an outside position strongly with 100m to go, with Mathews going for the sneakier high-risk inside lane “move please” strategy. Mathews was the best of the pair, finishing 5th (1:48.22) in a bunched sprint with Williamsz following in 8th (1:48.59). The race was won by local Karl Griffin in 1:47.47.

With winds rising prior to the races start, the field set out tactically and held 60 second pace until the bell lap, where the usual chaotic stampede took place from 400m out, a scene familiar to Australian fans who’ve been privy to the Riseley vs Gregson gear-shift battle.

Riseley sat 4th to 5th through the final 300m, with Gregson in front by a position or two on the back straight, Masters and Casey also provided concern for the field as the final 100m loomed large. Riseley employed his usual rolling galloping stride over the final 80m and snared a confidence-boosting win prior to the IAAF Beijing World Championships in 3:57.09 to Casey’s 3:57.36. Gregson finished 14th in a tight field, clocking 4:01.81.

The Women’s field was similarly tactical in regards to race approach, as a competitive field including Irish talent Ciara Mageean, Arizona State NCAA-All American Shelby Houlihan (USA), accompanied by Australian’s Genevieve LaCaze and Brittney McGowan.
Mageean took the win in 4:30.64, as Houlihan was 3rd in 4:31.79, LaCaze 5th (4:32.39) and McGowan 7th (4:37.12).

The 3000m is a spectators distance in some respects, it offers 1500m runners a chance to move up, but not as intimidatingly far as the 12.5 lap event, whilst 5000m types can move down and enforce a wicked early pace to make the 7.5 laps a strong man’s event.

The race was honest from the get-go, with pacemakers closely followed, the field crossed through 1500m in 3:55-3:56.

The race split up with 800m to go, as McEntee and Patterson remained threatening in the lead group, as a rivalry of old unfolded between Villanova and Oregon alumni McEntee and Geoghan.

With 300m to go, Australian viewers wouldn’t have been blamed if they were somewhat vocal, Patterson dodged fading competitors with nimble-footed behaviour suggesting he’d have a career in ballet sewn up, and McEntee threw the proverbial kitchen sink in Geoghan’s direction.

Both were richly rewarded, McEntee claiming the win in a personal best of 7:48.35 over Geoghan, and Patterson demolishing his previous personal best in running 7:53.49.

The athletic extravaganza that took place over 2 days in the London Olympic Stadium could be devoted a few thousand words of reporting easily, yet in the spirit of modern time constraints, I shall do my humble best to condense the likes of Bolt, Farah, Kiprop and Amos’ phenomenal behaviour into a few short paragraphs.

Usain Bolt confronted the veritable “elephant in the room” he had dismissed all year – had injury dismantled the Jamaican legend’s World Championship chances? The resounding answer following the conclusion of proceedings would be an arguably extra-large “no”. Bolt send a thermonuclear warning shot out to Gatlin, Gay and Powell, running 9.87sec twice, in less than an hour, in what could be classed as “absolutely miserable weather”.

Headwinds of -1.2m/s and -0.8m/s did nothing to deter a characteristically slow starting Bolt, as the Jamaican climbed out of the blocks to run 9.87sec in the semi-final whilst visibly pulling up, a sign of confidence the world has yet to see this season from Bolt. With the final a similarly dreary affair weather wise, Bolt won again, grimacing slightly over the line whilst pointing to the crowd confidently.

Historically dubious Justin Gatlin might have to hold off on those gold medal framed photo reservations for a moment, with Bolt describing his performances as “very poor” in regards to his start, and merely “good” when quizzed on the remaining sections of his racing.

Mo Farah continued to add fuel to what might be a personal fire of mine, not “risking” a truly fast attempt over 3000m, instead preferring to let the rabbit reach 2000m in a lukewarm 5:07.74.

Whilst I don’t aim to suggest to readers that Farah is anything less creditable than his multiple major championships suggest, the man will continue to be thought of as a ‘lesser’ athlete to the likes of Komen, Gebressalaise, Bekele and El Guerrouj, as he continues skirt the only milestones that remain missing from his trophy cabinet, whilst holding the rarely run indoor 2 mile “world best”.
Farah’s lack of proper World Record attempts will continue to hold him back from the ‘legendary’ cabinet.

This race should send the usual blindingly-obvious warning to Ethiopia and Kenya – Farah, when on top of his game, simply cannot be allowed to dawdle mid-race, a note I figured someone might’ve pointed out in some distant universe of Ethiopian and Kenyan athletic meetings, as Farah has run 3:28 for 1500m.

If anyone plans on defeating the Brit at the approaching World Championships, a sacrificial pace lamb of sorts, or absurd fartlek-like changes will be necessary, the tired approach of attempting to outkick the Salazar-coached athlete have become tried, as Farah had enough time to celebrate, wave to the crowd and probably consider where his next cup of tea would appear from by the time Morocco’s Othmane El Goumri finished in 2nd.

Bear with me folks, the best is yet to come.

When an 800m field including Rudisha, Amos, Bosse and Kszczot needs to be rapidly covered as “Rudisha tries to sit-in and win, loses by less than an inch to Amos’ 1:44.57”, you know the Emsley Carr Mile must have been special.

Men’s Emsley Carr Mile
Asbel Kiprop is a genetically gifted creature, it goes without saying, the streamlined Kenyan is the greatest miler the world has seen since the great El Guerrouj.
One of the particularly comedic habits Kiprop has adopted on occasion during the Diamond League season features conducting a training session during a race.

Most men afforded a place in the Emsley Carr Mile race like their very lives depend on it – not Asbel.

Kiprop led the field through 800m, with the pace tactical, the pacemaker was alone in splitting 800m in 1:57 – Kiprop appeared annoyed with the prospect of leading, some video replay’s suggesting he was clipped very lightly on the heel, he then inexplicably dropped back to dead last in the pack – then dropped back a further 15 metres. Was Kiprop set to drop out?

Absolutely not – repeating a similar tactic to the Shanghai 2014 Diamond League 1500m where Kiprop casuallt let the leader have 2 seconds over him with 300m remaining, Kiprop spotted the field a second or so until 500m, where he proceeded to dismantle the field with the temperament of a man mowing the lawn in between Ashes inning’s.

Moving up to the lead once again with 350m remaining, Kiprop appeared expertly positioned, until fading back to 5th just for the fun of it with 150m remaining, the 1500m genius exploded out of the pack and won, celebrating 20m early, raising his arms before putting in a cautious burst of pace to hold off the rapidly finishing Centrowitz and Souleiman, watching himself on the big-screen down the entire home straight as if he was merely practicing gear-changes.
Kiprop’s 3:54.87 mile victory (54.6-second last 400m), suggested that barring a tactical or physical anomaly, Kiprop heads into the World Championships as the outstanding favourite, toying with a world-class field and still winning without breaking a sweat.

Other Australian’s involved in the weekend’s Diamond League proceedings include Kim Mickle’s in-form 3rd place finish in the Javelin, and Zoe Buckman finishing 14th in the Women’s 1500m 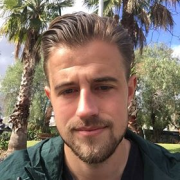 Sean Whipp
Sean is a contributor to Athletics Exclusive in the areas of international results and racing. His background consists of events from 800m up to 5000m as a proud member of Frankston Athletics Club.
Previous

The World Athletics Doping Review Board has approved the applications of four Russian athletes to ...
By Lachlan Rayner
May 1, 2021

Usain Bolt has lost one of his nine Olympic gold medals in a doping case ...
By Lachlan Rayner
January 26, 2017

Mary Cain, 20, ran her first professional race without the Oregon Project crest on her ...
By Lachlan Rayner
October 25, 2016